Airspace can be complicated. Many rules and regulations exist to govern UAS operations in the United States and around the world. Furthermore, which of these regulations apply to a pilot in command, and what steps they need to take for compliance, can differ based on a number of mission characteristics. While location is the most important, factors such as a pilot's licensing, whether they are being financially compensated, and characteristics of their UAS can alter which rules must be followed. Providing a pilot with only the information that is relevant to this context around a given flight is the core of AirMap's Contextual Airspace model.

Utilizing Contextual Airspace, your application can provide a pilot with an intelligent way to understand the airspace around them in the Discover phase of flight. With a bit of additional input upfront, the pilot receives only the relevant information to assist them in planning a safe and compliant flight. This input comes in two short steps:

The core characteristic of AirMap's Contextual Airspace is the concept of rulesets, or sets of rules that a pilot is operating under. Rulesets may be one of three types:

You can find an excellent visual implementation of Rulesets in the AirMap Web App. Consider that, when flying near airports in the United States, recreational (Fly for Fun Part 336/101E) pilots must abide by rules for flying within five miles of the airport, whereas commercial (FAA Part 107 Certified) operators are only concerned with any controlled airspace in the area, regardless of distance from an airport. In addition, all pilots must abide by required rules around Special Use Airspace and National Parks.

In the AirMap application, we can navigate to an area near Los Angeles and select the "Fly for Fun" ruleset from the Pick One list under the "What's Your Mission?" menu. The resulting view includes only the airspace around airports (orange five-mile rings) relevant to the recreational pilot, in addition to restricted zones, in red, required for all pilots: 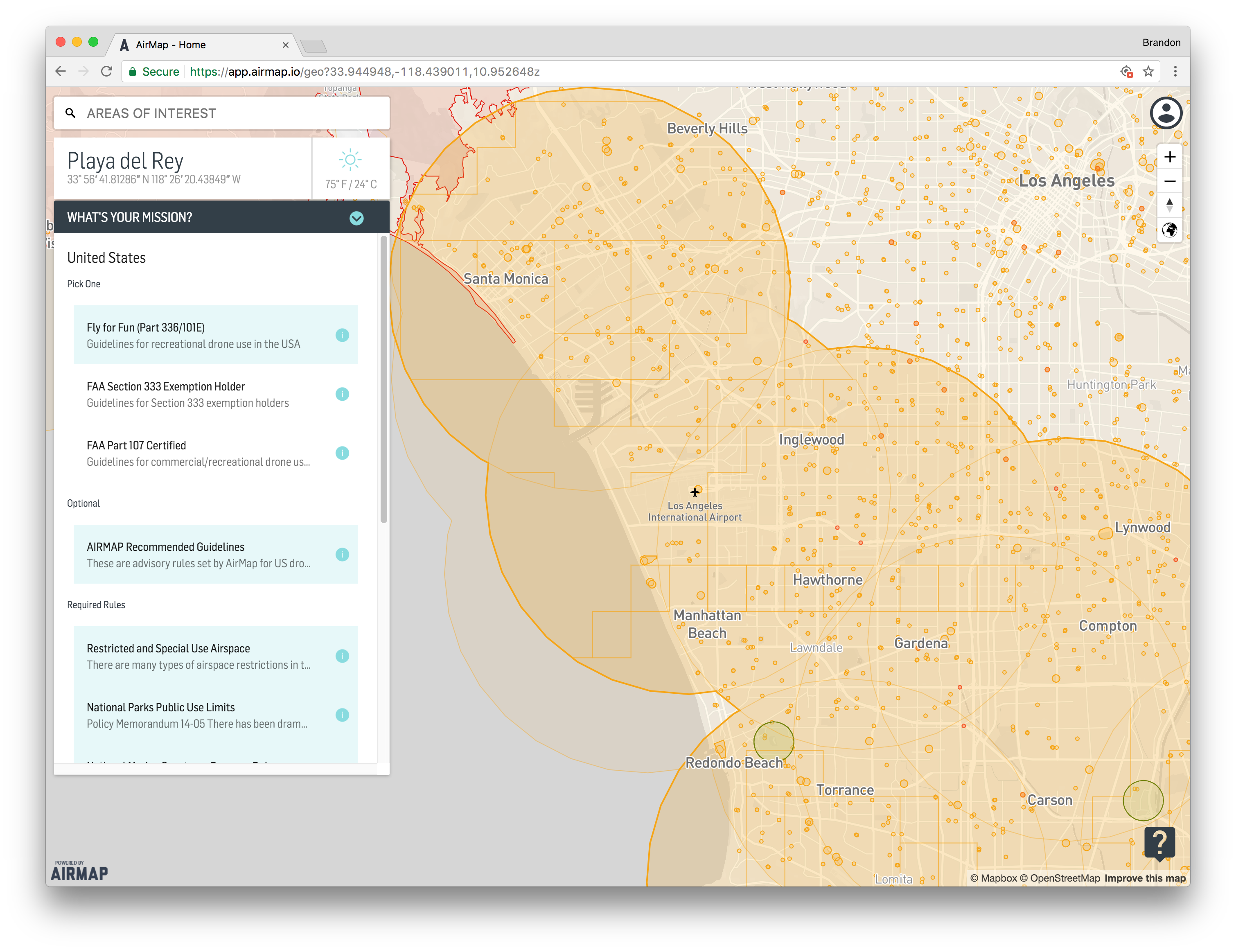 In contrast, selecting the "FAA Part 107 Certified" option as a commercial operator removes the orange five-mile rings around airports and replaces them with the boundaries of controlled airspace in the area in blue and magenta: 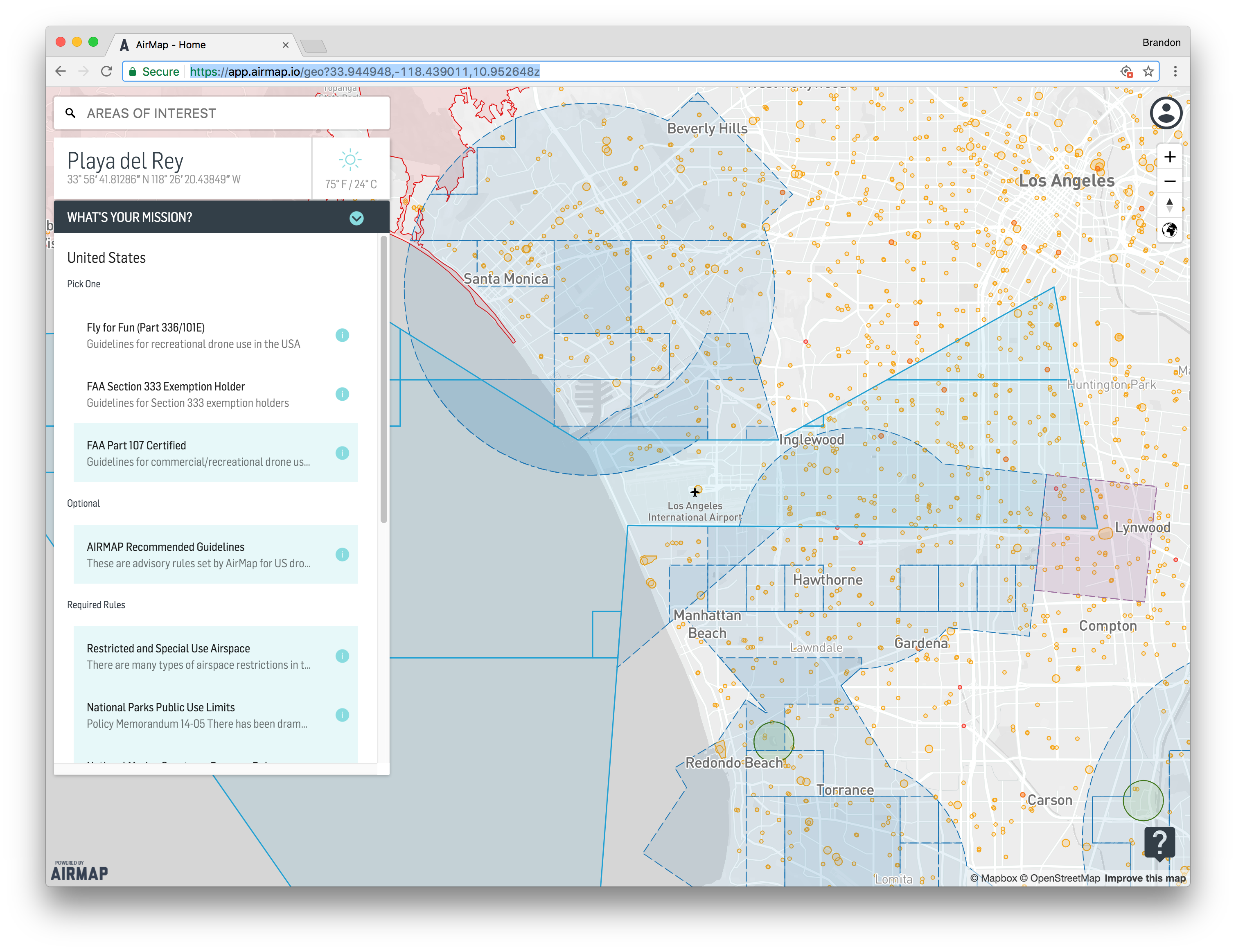 In order to utilize Contextual Airspace in your application:

Flight Features extend the concept of Contextual Airspace further by evaluating a pilot's flight details against the rulesets they have selected. Head over to Flight Features for a more detailed explanation.

Learn how to interact with Contextual Airspace using the APIs